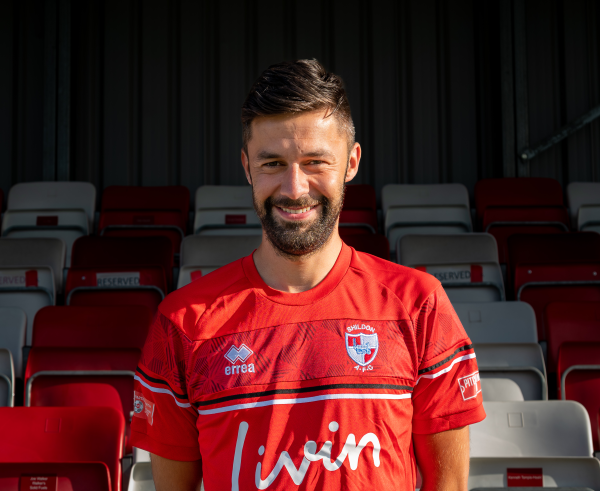 Ben Trotter, a Shildon lad through and through!

Playing for a hometown club is every lads dream and Ben is no different:

“lots of friends and family support the club, it was an easy decision to make and speaking to management I can see their ambition for the future”

Ben has recently been named Shildon AFC’s captain just as they announce plans to grow the community club over the next 3-5 years. He made his first appearance in his new role on 6 November.

“I could not feel any prouder representing my hometown on the pitch as Captain, I didn’t see it coming at all, and it’s a fantastic opportunity”

Although not a top scorer, when he does he loves to celebrate with the fans and can be seen heading off towards the crowds. He’s also racked up quite a few yellow cards.

His hopes for the future include bringing home silverware, working with the partners to encourage young people into sport, and continue to enjoy being part of such a great team.

Off the pitch his interest in sport does not stop there, he is also a Sports Tutor at Bishop Auckland College.

If there’s any time free after that he spends it in sunnier climates.