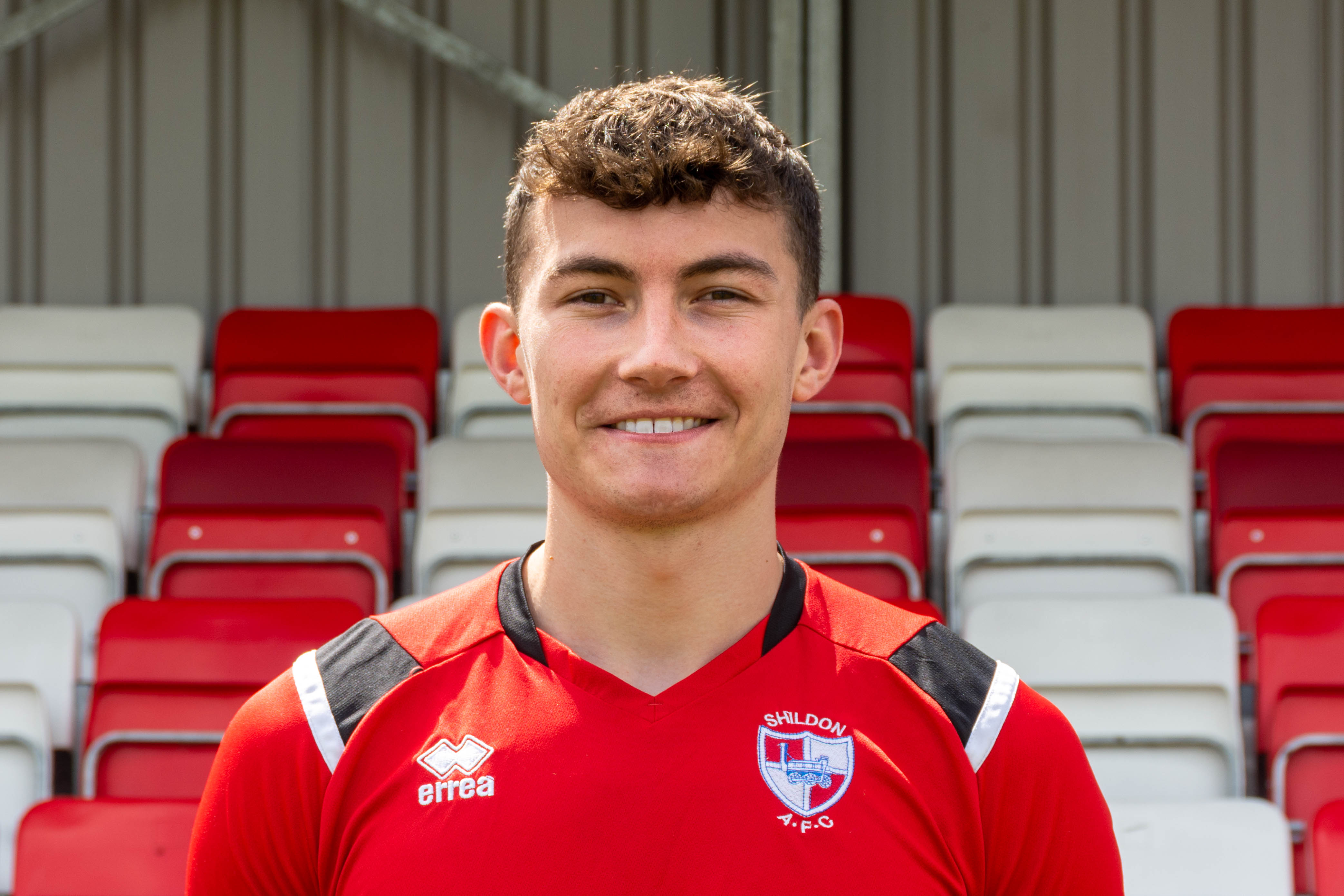 Dominic Curl has loved football from an early age and first put his boots on when he was 8. He made his appearance playing for Shildon AFC first team aged 17 after training in the Shildon Development Centre Under 18s in the 2016/17 season.

Dom’s a firm believer that from a young age you should stay fit, healthy and active which can all be done through Football. He would encourage any boy or girl to take part and see what they can get out of it by playing the best they can.

Over the years Dom’s family network have helped him realise his love for football with his Man, Dad and Grandad taking him to matches and training, watching him play and supporting him along the way.

Outside of his love for football he works hard, goes to the gym and enjoys free time with his better half, Anna.

It’s rare not to have a nick name on the pitch and Dom’s says he’s an exception to the rule…. Okay Baywatch!