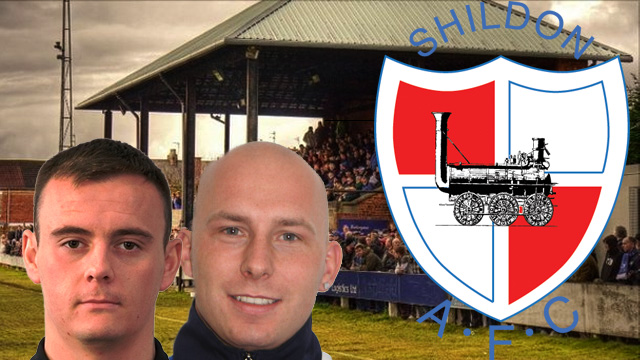 Shildon AFC has announced the signings of both Craig Ruddy and Lee Kerr from Spennymoor Town.

‘We are really excited to have managed to bring both these players on board,” said Shildon Manager, Gary Forrest.

“Craig Ruddy has been a great servant to Spennymoor Football Club and we hope he can deliver similar performances at Shildon.

“It is a case of third time lucky with Craig who, in my opinion, is one of the most exciting attacking players in the league.

“The thought of Lee Kerr actually signing for Shildon is amazing,” added Forrest. “Lee has probably been the league’s most talented player over the last 10 years and he is still only 26.

“It was only a few years ago that the level of his performances attracted serious attention from Newcastle.” he added.

Both players go in to the squad for tomorrow night’s fixture at home to Whitley Bay.