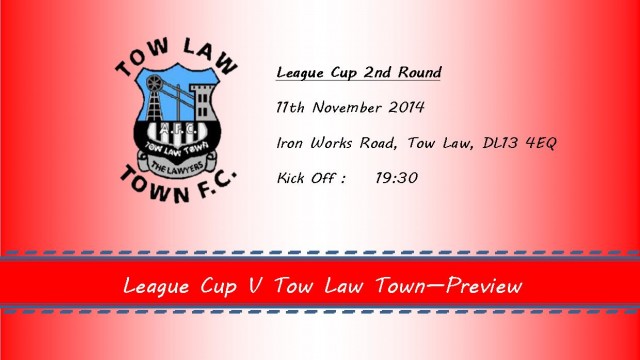 By Archie MacKay from the Shildon Football Club Facebook Page

Having managed to get a league game under their belt at the weekend, the Railwaymen return to cup action tonight as they revisit pre-season friendly opponents Tow Law Town in the League Cup.

The sides met during the summer in their first outing of the pre-season with Shildon eventually running out comfortable winners after being pegged back by the second division side either side of the half time interval.

Shildon progressed in the FA Vase and Durham Challenge Cup in recent games and almost reached the first round proper of the FA Cup and while cup success means fixture congestion, Shildon will be in no mood to be on the wrong end of a cup upset.

As with last week’s County Cup tie, Gary Forrest may see the match as an opportunity to test the depth of his squad. Kick off at the Ironworks will be 7.30pm.