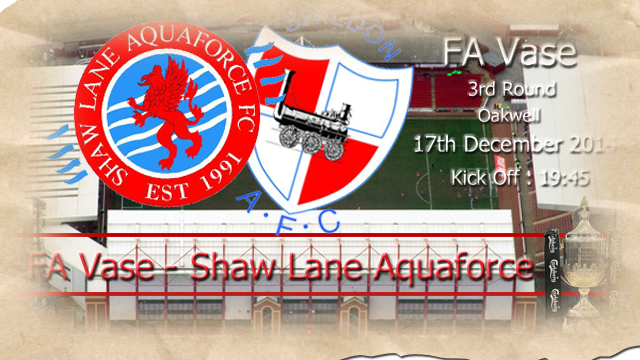 Were established in 1991 with one team, U11’s, playing in the then Barnsley Junior League. They have teams in the Charles Rice League, Millennium League, Huddersfield and District Junior League, Sheffield and District U18’s League and the Girls Development League.
They became part of the Shaw Lane Community Sports Association in 2004 and in 2006 adopted the Griffin logo, which is being used by all the clubs associated with Shaw Lane. Season 2012/13 saw another major change as the BarughFC name dissappeared and the club renamed as Shaw Lane Aquaforce.

The Grove Street car park will be open for the game. Use the turnstiles in the West Stand.