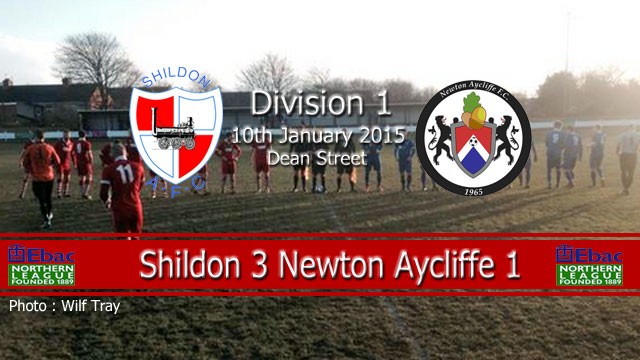 Shildon continued with there run of good form with a 3-1 win against local rivals Newton Aycliffe. Going in at the break 1-0 down the game turned when Newton Aycliffe had Green sent off. Goals from Hudson, Moore and Emms with just about his first touch in the game. Newton Aycliffe were reduced to 9 men in the last minute of the game for a second bookable offence.