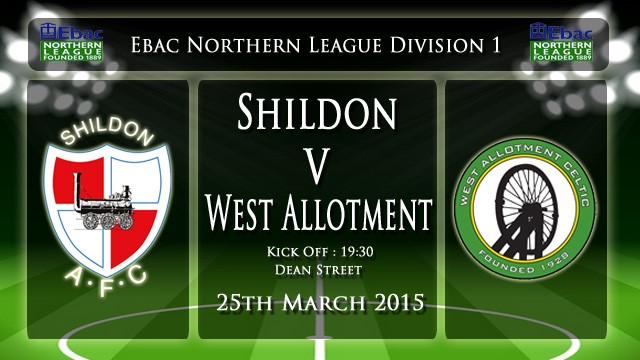 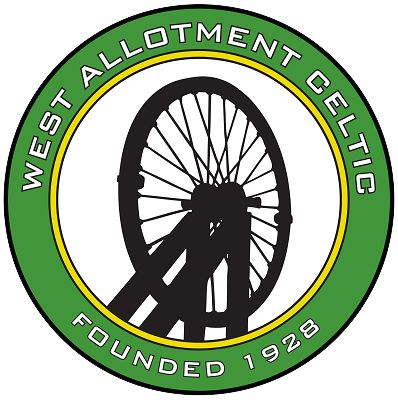 From creation to contenders

West Allotment Celtic were formed in 1928, the culmination of a merger between West Allotment Primitive Methodists and West Allotment Juniors. After moving to the newly-created Tynemouth & District League in 1935, the club began to grow in stature. The club had to face Whitley Bay & Monkseaton Reserves in a play-off for the title, but unfortunately, the decider went the way of the seasiders. Remarkably, Allotment also finished in a play-off position in the following two seasons – and, in both cases, had to settle for a runner-up spot.

In 1938, the club joined the Second Division of the Northern Amateur League. Now playing at the aptly-named Farm Ground, fans helped to dismantle a cowshed in Heaton and move it, piece by piece, to West Allotment, where it was reassembled at the ground. The shed was not for spectators – it served as the players’ changing facilities! The club earned instant promotion (after a play-off, such is club tradition), but World War II put a stop to any further progress.

A succession of successes…

The club recommenced operations in 1946/47 and enjoyed an unprecedented run of success from the mid-fifties onwards. Allotment won the championship for four consecutive seasons between 1956 and 1960, along with the NFA Amateur Cup in 1957 and the NFA Minor Cup in 1958.

…and the decade of decline

The sixties started promisingly enough, as Allotment looked to build on their previous successes. The club finished as runners-up in the Northern Amateur League in 1960, and were consecutive Minor Cup finalists in 1960 and 1961. However, whilst Celtic remained loyal to the Northern Amateur League, the bulk of the team moved on, and Allotment entered a period of decline as a result. The club stagnated badly during the sixties in an uncompetitive league, and closure become a distinctly worrying possibility.

The threat of dissolution was eventually staved off by the introduction of new blood into the club towards the end of the decade, as Allotment finally began to build towards a more positive future on and off the pitch. Celtic also moved to Backworth Welfare in 1968, consigning the ponds and mud of the Farm Ground to memory.

A rejuvenated West Allotment won the NFA Amateur Cup again in 1975, largely thanks to the goalscoring exploits of Benny Williams, who averaged almost one goal a game in his 400 appearances for the club. Williams was ably supported by a talented and hungry squad, and, with strength in depth, Allotment were always considered title contenders. However, the championship remained tantalisingly out of reach until yet another play-off tie in 1982. Allotment finally won the coveted title, defeating Annitsford Welfare by the odd goal in seven.

When Celtic retained the title with relative ease the following season, the decision was taken to move up a tier for the first time since 1938.

The colossus of the alliance

In 1983, Allotment made its debut in both the Northern Alliance and the FA Vase. The first honour of the period arrived just one season later, as Allotment dispatched Ponteland United in the Alliance Challenge Cup Final. This success was followed up two seasons later by the first of Celtic’s eight Alliance titles.

Having acted as tenants at Hillheads in Whitley Bay since 1995, the club set out to find a new home, and found it in Benton. In 2001, the club moved to Whitley Park, also known as the Blue Flames Sports Ground. The ground is well-known as one of the best kept pitches in the Northern League, and also serves as the headquarters of the Northumberland FA.

The club earned promotion from Division Two as champions, losing just twice throughout the entire 2004/05 season. After six seasons of holding their own against the Northern League’s top tier, Allotment slipped back down a league. The current crop have gone some way to restoring success at Allotment, winning the Ernest Armstrong Memorial Cup last May, and will be aiming for those promotion places this season.