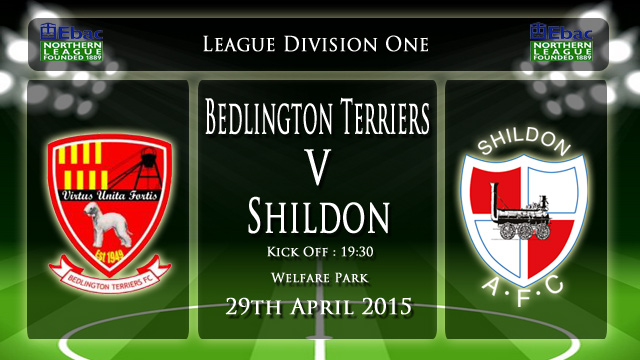 Football teams have been around in Bedlington since the early 1900’s. The present club was formed in 1949 under the name of Bedlington Mechanics joining the Northern Combination League. The first honour of the new era was the Northumberland Minor Cup in season 1953/54 and they followed this up with their only Northern Combination title in 1954/55. During these years they changed their name from Mechanics to Colliery Town and then as Bedlington Colliery Welfare they joined the Northern Alliance League in 1955/56.

They won their fourth Northern Alliance League Cup in season 1981/82 and in the next season were elected as founder members of the Northern League 2nd Division winning promotion to the 1st Division in season 1984/85 as division runners-up. In their first season in the 1st division they finished runners-up but sadly in the next season they were relegated back to the 2nd division. The club spluttered along in the next few seasons and early in 1993 faced the real prospect of going out of business as they were marooned at the bottom of the 2nd division and had their fixtures suspended by the league for a month. Bedlington stalwart Billy Ward with almost 40 years at the helm approached local businessmen Dave and Keith Perry and asked them to mount a rescue operation. What happened next is the stuff dreams are made of.

With extinction ruled out the Terriers as they had been renamed stormed back and in the very next season won the 2nd division title. Sadly, Billy Ward had departed this world and missed this renaissance although his memory still burns bright at the club. Consolidation followed and gradually the tide turned. In 1996/97 the club marched to St. James Park and picked up the NFA Senior Cup beating Morpeth Town 2 – 0 in the final. The same season saw them win the Northern League Cup by defeating Billingham Synthonia 3 – 0 in the final. In season 1997/98 it got even better as the Terriers ran away with the 1st Division title by a clear 12 points scoring 120 goals in only 38 games. They completed the season by retaining the NFA Senior Cup defeating Blyth Spartans 2 – 1 in the final at St. James Park.

The 1998/99 season was Bedlington’s 50th year since the club was formed and what a season it was. It started with a Cleator Cup win over Dunston Fed and continued with a march to the second round proper of the F.A. Cup after defeating Colchester United of the Football League Division Two 4 – 1 in round one before finally falling away at Scunthorpe where the “Woof Woof Terriers” chant was born. The league title was retained this time with 26 points to spare, 128 goals and 101 points. The other story of the season was the F.A. Carlsberg Vase where the Terriers marched all the way to Wembley Stadium for a day in the club’s history never to be forgotten. A last minute goal from opponents Tiverton Town denied them the trophy but with an open top bus ride to follow on the return, 1998/99 was the year that Bedlington Terriers put themselves firmly on the footballing map.

The coming seasons were still successful, but a return trip to the FA Vase final was just that little too far out of reach with Quarter final and Semi Final appearances still ensuring they were one of the top sides at that level in the country.

With such success in the previous years, there was always going to be a period of change and that started during the 2005/6 season when mass changes started to happen behind the scenes. The team still managed to reach the FA Vase fourth round but things were not well and in the close season Bedlington entered a very dark few months which almost saw the team disappear forever.

A summer of trauma ensued as the club veered on the edge of extinction, and the eventual departure of the unimaginably successful management partnership of Keith Perry and Tony Lowery, until current Chairman David Holmes stepped in along with local businessman Graeme Redpath, steadied the ship, and showed the way to a brighter future.

Even a serious arson attack on the Clubhouse, soon after the takeover, couldn’t dent the determination to get Bedlington Terriers back on track. However, the effects of the summer of trauma had it’s impact on the pitch, as a squad of mainly teenagers found it difficult to compete against much more experienced teams. Facing almost certain relegation heading into April 2007, a stunning finish to the season saw them lift up to third bottom in the table. With Newcastle Blue Star heading for the Unibond League, it meant that only two clubs were relegated and the Terriers were reprieved. However by November things had not progressed as hoped and Tom Wade left the club. A week later it was announced that the management duo of Perry and Lowery were back to help the Terriers climb the table once again, with Holmes leading the club.

After finishing 7th in Div 1 of the Northern League at the end of the 2011 – 2012 season, Dave Holmes resigned as Chairman of the club with local businessman Ronan Liddane taking over the reigns. Ronan has a fine footballing pedigree, having played for teams such as Blyth Spartans, Blue Star and having Managed Crook Town.