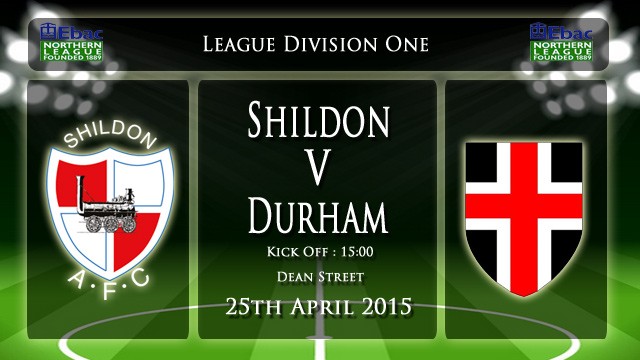 The club was first inaugurated in the 1918-1919 season and for that season only, operated in the old Victory league, which was formed in celebration of the end of the First World War. Subsequently the team was admitted to the North Eastern League where they played for two seasons before being admitted to Division 3 North in 1921. The club operated in that league until 1928, when they failed to gain re-election and were replaced by Carlisle United F.C. The club immediately rejoined the North Eastern League where they stayed until 1938 when, due to financial constraints, the club was forced to disband. They then became members of the Wearside League but again disbanded in November 1938. The club reformed in 1950 and gained admission to the Wearside League, where they operated until 1952 before joining the Northern League where they remained until 2008. At the end of the 2007/08 season, their second Championship winning season the club finally achieved promotion to the UniBond First Division North.

The club has occupied five different grounds since it’s formation. In their first season the club played at Garden House Park (almost where County Hall now stands) before moving to Kepier Heughs, near to the old Ferens Park ground where they stayed for four seasons. The club then moved on to Holliday Park (named after the late Alderman T.W. Holliday), on Framwellgate Waterside, where they stayed until they disbanded in 1938. The club’s fourth ground, named after the late Alderman H.C. Ferens, was acquired when the club reformed in 1950. Alderman Ferens was for many years, prior to his death in 1975, President of the club and a generous benefactor in connection with the purchase of the land for that ground. Ferens Park was at that time probably one of the most attractive grounds in the Northern League. Set in rural surroundings its facilities included a comfortable clubhouse, a covered stand and floodlights. This ground also hosted the club’s largest attendance, which stands at 7,000, for an F.A. Cup Second Round tie against Tranmere Rovers on 7 November 1957 which City lost 0-3.

City left Ferens Park at the end of their first Championship winning season in 1993-94 but because their ground wasn’t completed on time they were unable to join the Northern Premier League. After ground-sharing with Chester-le-Street Town for a season the club moved to its fifth and current ground – New Ferens Park. Situated in Belmont on the outskirts of the city the purpose built stadium is easily accessible from all major roads, boasts a two storey clubhouse, a 300-seater stand, which also provides covered accommodation for 600 standing spectators, and excellent floodlights.

In the 2007-08 season, City were crowned Northern league Champions for only the second time in their history. This was rewarded with promotion and they duly took their rightful place in the Northern Premier League.

In 2008-09, and at the first time of asking they became Unibond League 1st Division North Champions.

The squad was strengthened during the summer months and yet another successful season looked to be on the cards when the Club’s major sponsor pulled out after only the second game in the Premier League. With no funds to cover expenses etc. there followed an exodus of players. This left the Club only one option in it’s fight for survival.

Players, most of whom were aged between 16-18, from the local academy stepped in and although the Club finished bottom of the league with zero points (even though two victories were notched up) this ensured not only the completion of the fixture list but more importantly, the survival of the Club.

The following season was one of consolidation as the club slowly started to rebuild and a lot of hard work and dedication, both on and off the pitch, saw the club gradually re-establish itself. The team management put together a young side and were rewarded with a creditable 9th position finish to the 2011/12 season.

In December 2013 former Newcastle United defender Olivier Bernard took over Durham City AFC with a vision of it becoming a community club comprising youth teams from age 6 upwards as well as a reserves team. The intention being to bring success back to the Club which he believes is long overdue and he targets promotion to the National Conference League within 5 – 7 years.

The arrival of Olivier sparked a turn around in results with the Club looking to finish the 2013/14 season well into the top half of the table.