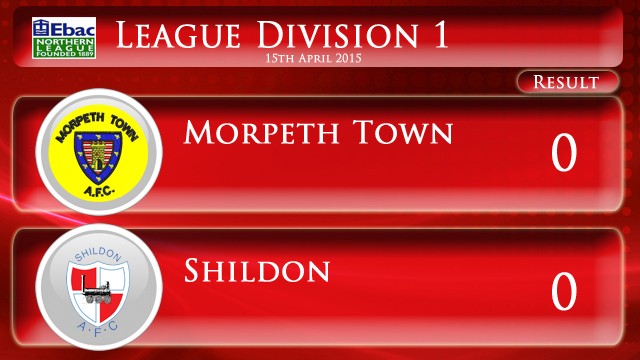 The Railwaymen have played 60 games so far this season and tonight’s scoreless draw has only happened once previously, at home to Stourbridge in the F.A. Cup in October.

Shildon have 4 games left in the league and if they win them all, they will be crowned champions for the first time in 75 years. The last time Shildon won the league was the 1939-40 season.

Morpeth’s No 9 Steve Anderson brought out a good save from Lewis Graham, before Carl Jones went close with a header going just over the bar. Shildon’s Lee Scroggins dribbled through but fired wide of the post.

The Railwaymen were on top in the 2nd half with Paul Connor firing wide, before Billy Greulich-Smith put a better chance over the bar.

Near the end Shildon’s keeper Lewis Graham made two great saves from Steve Anderson and Keith Graydon, and with seconds remaining Mark Doninger agonisingly fired over the bar from a Ben Wood cross.

After the match manager Gary Forrest said “This was a tight game. We knew it would be difficult as Morpeth are a good side. I thought we had more chances, but a draw is O. K. as we now know exactly what we have to do to win the league. Win our last 4 matches”. 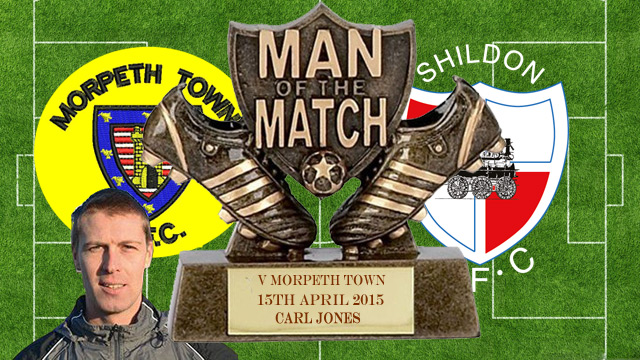