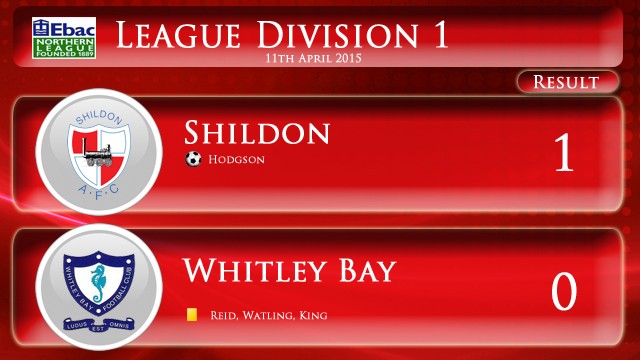 Shildon AFC Are Up To 3rd  In The League

Shildon AFC are up to 3rd in the league, with 5 games still to play, after they ground out a 1 – 0 home win in blustery conditions against Whitley Bay on Saturday 11th August 2015.

Shildon’s injury problems continued when No 5 Darren Craddock was carried off after only 5 minutes with a bad knee injury.

Near the break Shildon’s Paul Connor was through but his left foot shot went just over the bar.

Kicking with the wind, it was all Shildon in the 2nd half, with keeper McCafferty saving from Paul Connor and Carl Jones scooping the ball over the net from 6 yards out.

The Railwaymen finally scored on 76 minutes when a corner was headed in by Sam Hodgson and keeper McCafferty fumbled the ball, but the linesman gave the goal as the ball had crossed the line.

Near the end Mark Doninger’s long range effort sailed over the bar.

After the match Gary Forrest had nothing positive to say about the game, except to criticise the playing surface of Dean Street. He said “We cannot play football on a field like this. We nearly lost the game because of the terrible bumpy surface. It needs putting right”. 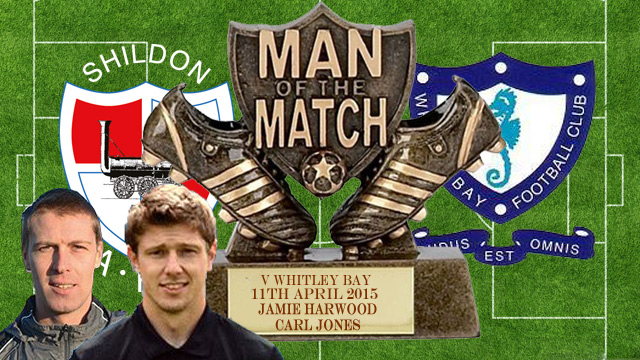