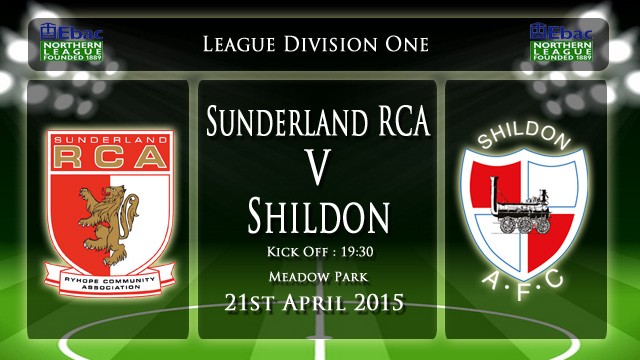 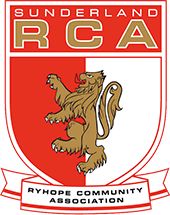 Sunderland RCA FC started its life as Ryhope Youth Club. Its first season was in the Seaham & District League in 1963. The first game was against Seaham UDC at the Seaham CW ground, now home to Seaham Red Star, and it was a 3 – 3 draw. The first seeds had been sown three years earlier, in 1960, when the Ryhope Youth Club Centre opened in the Welfare Hall.

In 1965 the club moved to the Colliery Welfare ground and in 1971 changed its name to Ryhope Community Association. Competing in the Seaham, then Houghton & District Leagues, the club enjoyed success with eight cup wins and four league titles.

Rejected by the Wearside League because a Ryhope team already played in it, the club folded after the 1975-75 season. Re-formed three years later, the club joined the Northern Alliance in 1978 and won the League Challenge Cup at St James Park in Newcastle, in only their third season. Ryhope CA were also league runners up that year, even though they were reduced to playing on a school field.

After some persuasion, the ambitious club convinced the council to lease then some derelict land – Meadow Park was underway. Financial help was obtained from Sunderland and Tyne and Wear Councils and the Sports Council to build a football ground. The club members and community joined together to carry out the building work, resulting in the enclosed ground where football games are played and enjoyed today.

In 1982 the club was a founder member of the Northern League Second Division, achieving promotion as runner up in the 1983-84 season. Despite achieving a league placing of tenth the next season, survival proved difficult and the club was relegated in 1988.

In 1999 a new era commenced with the amalgamation with Kennek Roker of the Wearside League to form Kennek Ryhope Community Association. The seasons from 2003 onwards were tough, but for the season 2006-07, the club joined forces with Springboard Sunderland and a new era as Sunderland RCA FC began.

Progress continues to be made both on and off the pitch and after finishing fourth in the previous two seasons Sunderland RCA FC were promoted as runners-up to Stokesley FC in season 2009-10 – a great achievement. Our first season back in Division 1 started badly, but we picked ourselves up, had a purple patch and finished the season in 13th place.

The club is very grateful to Joe Dixon for providing information about the early years of Sunderland RCA. Joe played for what was then Ryhope Youth Club and subsequently Ryhope Community Association from its first match in 1963 through to the 1978-79 season. Joe has turned from goal scorer to historian and a wealth of detail can be found on his web site – http://www.joedixon9.co.uk – about Joe’s playing days with RCA and other Sunderland and east Durham clubs.