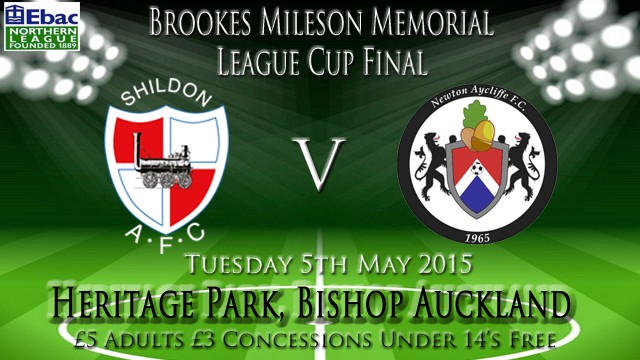 Ashington have been removed from the Brooks Mileson Memorial League Cup competition after accepting that they played an ineligible player in the semi-final, against Newton Aycliffe. Ashington won the tie 3-1.
Subject to the outcome of any appeal to the FA, the final will now be between Shildon and Newton Aycliffe, played at Bishop Auckland’s Heritage Park ground on Tuesday May 5 (7pm.)
In line with the league’s policy of encouraging younger people to become involved, under-14s will be admitted free to the game. Adult admission will be £5, £3 for concessions.