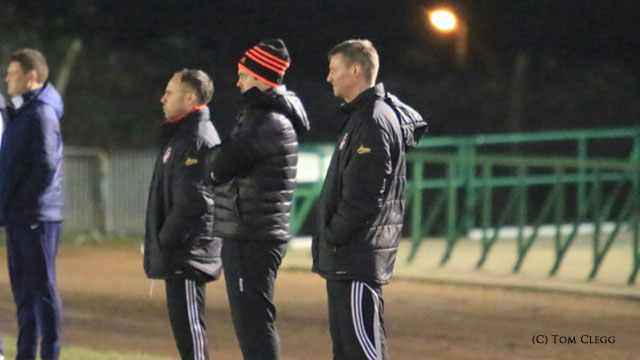 Forrest Remains at the Railwaymen

GARY FORREST REMAINS AT THE RAILWAYMEN

A meeting between members of the Shildon board and management last night ended positively when all agreed that the management team of Gary Forrest, Stuart Niven and Phill Brumwell would remain in place for the foreseeable future.

Doubts were expressed by the manager about his future in the aftermath of the league disappointment, but having won a rare cup double this season, Gary and his team have decided there is still more to achieve with Shildon.

Fans can now look forward to Shildon’s most successful management team of the modern era returning next season with the aim of adding the elusive league title to their collection of silverware and emulating the famous title-winning side of the 1930s.

And, who knows, maybe a journey down the M1 to Wembley stadium next May?

More details of the reappointment will be announced at the Players Awards night on Friday evening.