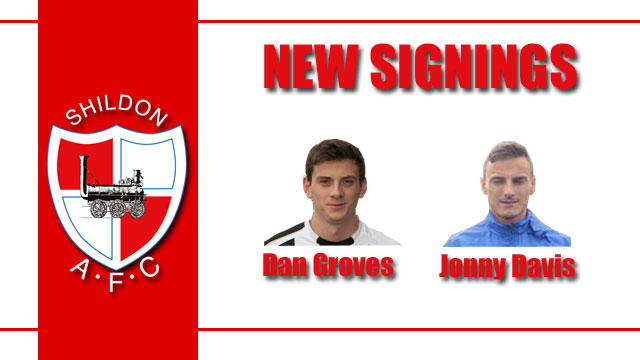 Shildon have signed Dan Groves a Defender from Spennymoor and Jonny Davis a Midfielder from Durham City.

Signed for Spennymoor from Blyth Spartans where he had won player of the year. A versatile player who is comfortable playing anywhere across the back and has now completed 100 games for the club. Started his career with Darlington where he made 16 appearances in League Two.

Jonny, a creative midfielder with excellent passing skills, is another former City player who, having previously played for the club in the Evo-Stik league, rejoined from Darlington 1883 where he was part of their Northern League Championship squad in 2012/13.