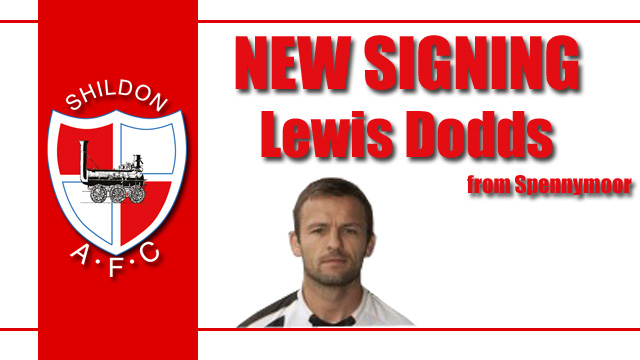 Lewis had 7 seasons at Spennymoor Town completing over 250 appearances since joining from Durham City in 2009.

“Moors Manager Jason Ainsley has released details of the transfer of Lewis Dodds to Shildon. ‘Today Lewis Dodds has agreed a deal with EBAC Northern League side Shildon AFC to sign for them.

Lewis has been an outstanding player for the club and has given us great memories but after several discussions over the last couple of weeks Lewis felt he needed a fresh challenge and we agreed to his wish.

Lewis wears his heart on his sleeve and has been instrumental in what the club has achieved in recent years and I wish him every success at his new club.’

Everyone at the club would like to thank Lewis for his time at Spennymoor and for his fantastic service over several years.  Lewis, Amy and the family will always be welcome at the Brewery Field.”