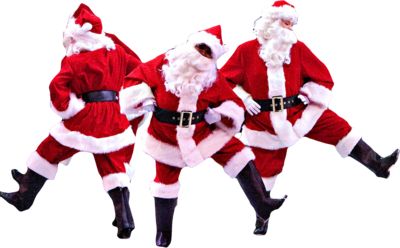 Where: Civic Hall Shildon
When: Sun 20th Dec
Time: from 2.30pm
Details: Come in Santa outfit if you can! Guaranteed £200 cash prize draw. Tickets £5, on sale now. All welcome.

It’s nearly here! The once a year event you’ve all been waiting for – yes, it’s Super Santa Sunday 3!

The Supporters Club has hosted the smash hit Super Santa Sunday at the Civic Hall for the past two years and this year they’ve excelled themselves again, with The Scandals headlining the all-afternoon event which begins at 2.30pm and runs until 8pm.

As well as rocking along in your Santa Suit (optional, but highly recommended!) to The Scandals, there will be more dancing to the local disco set and, as if that wasn’t enough, one person will leave the hall with a guaranteed £200 cash prize from the exclusive Super Santa Sunday lottery ticket draw.

As expected, tickets for this hotly anticipated event are selling fast, so don’t miss out, get your ticket now while stocks last – there’s only so many Santas the Civic Hall can hold!

Tickets are just £5 and available from the Civic Hall, from the Supporters Club shop during home matchdays, from the Grey Horse pub and from Russell Henderson on 07538 789 464.