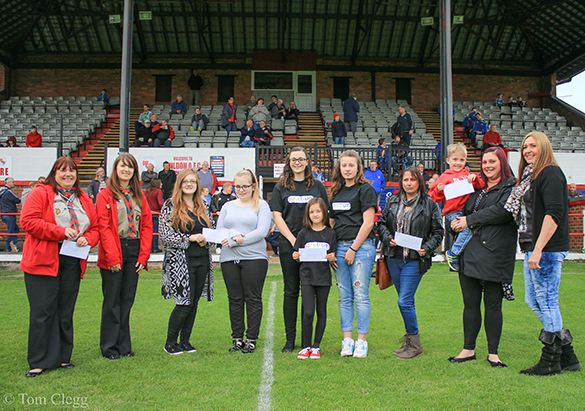 The groups entered the playing field during the half time break to collect their cheques from the Supporters Club’s Small Grants Lottery Fund.

The following groups benefitted from the Supporters Club’s community initiative, which has now seen £4,500 distributed to local groups since the lottery began in September 2013:

Supporters Club Chairman, Russell Henderson said: “Congratulations to all of today’s groups on their awards. We are delighted that the success of the lottery scheme allows us to keep making a contribution back into the local community.

Small groups looking for financial assistance can claim funds up to a maximum value of £200 in any one year. The application form can be downloaded from this page’s sidebar.