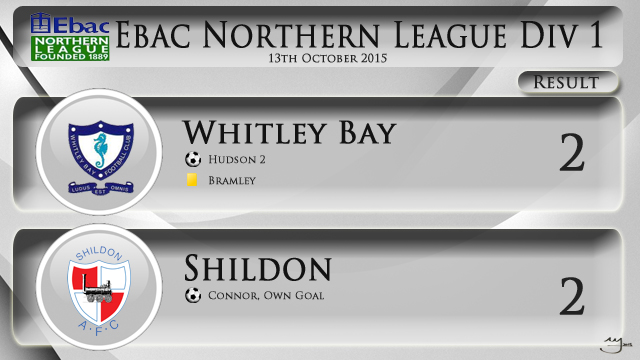 Shildon drew their first league game of the season when the game against Whitley Bay finished 2-2.

Whitley Bay went into a 2 goal lead, both goals coming from Liam Hudson either side of the break. The first a header from a corner, the second from a disputed corner, then what looked like a foul on the keeper before the ball went into the net.

In the second half Shildon kept the pressure up and Billy Greulich-Smith pulled a goal back from a corner after a scramble in the box.

The equaliser came in the dying minutes of the game, a through ball over the top by Billy Greulich-Smith went over a couple of players before hitting Joshua Day running back to his own goal who diverted it into the bottom corner of the net.