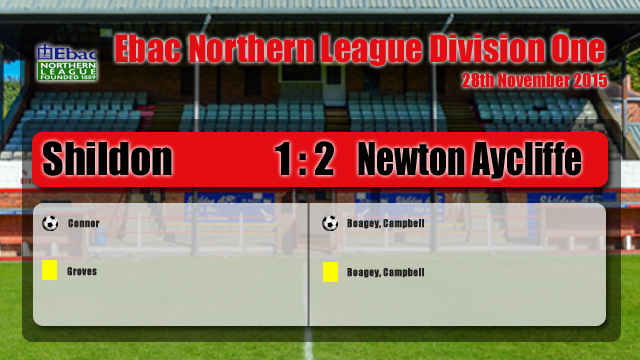 Shildon gave away a half time lead to lose 2-1 against local rivals Newton Aycliffe.

In a wind affected game Shildon had the best of the first half and went into the break one up when Paul Connor broke the offside trap before calmly placing the ball into the corner of the net in the 42nd minute.