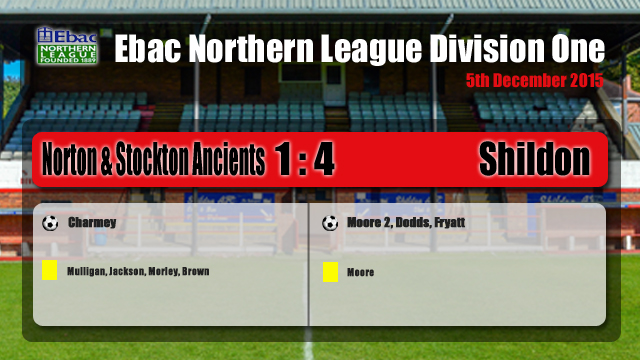 Kicking against the wind in the first half, Shildon scored through Daniel Moore after Jamie Harwood headed the ball back across the goal from a Bell free kick.

After the break Shildon increased their lead with goals from Dodds who tapped into an empty net from a Bell cross and then Moore guided the ball into the net from another Bell free kick. Charmey pulled a goal back for Norton with a shot from the edge of the box before Fryatt finished the scoring with a well-placed shot to the goalkeeper’s right.

Both teams have to be given credit for trying to play football in awful conditions.

Shildon’s next game is away to Ashington on the 12th December, Kick Off 3pm