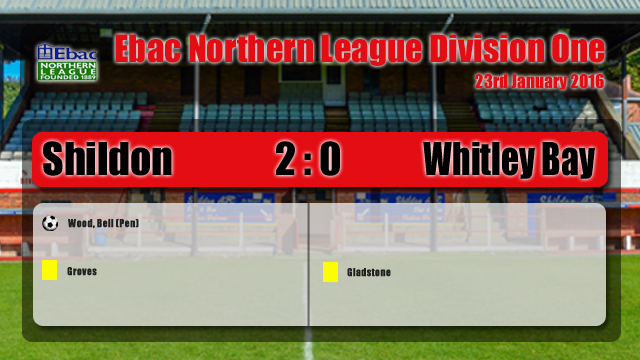 Shildon moved 5 points clear at the top of the Ebac Northern League with a 2-0 victory against Whitley Bay.

Shildon’s first goal came from Ben Wood who hit the back of the net from 15 yards after a good move between Billy Greulich-Smith and Jamie Harwood.

The second came from the penalty spot. Ben Wood went through on goal tried to take it around the goalkeeper who then brought him down. Anthony Bell scored from the spot and Daniel Gladstone the Whitley Bay keeper was given a yellow card.

Shildon had several other chances through Connor, Rae and Wing to add to the score before the final whistle