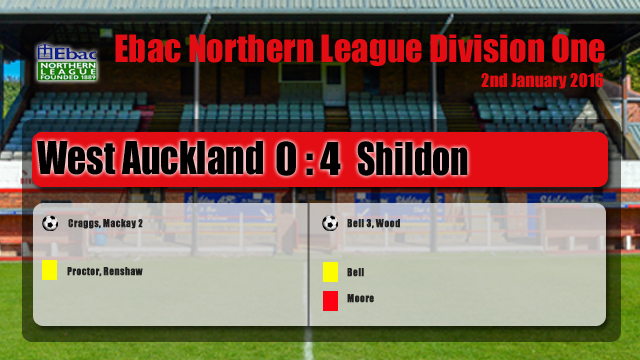 Shildon moved back to the top of the Ebac Northern League Division One with a 4-0 victory over local rivals West Auckland.

On a pitch that was heavy going from the start Shildon still played the ball well and adapted better to the conditions.

By half time the score was 3-0 to Shildon with Anthony Bell scoring 2 (1 Pen) and also supplying the cross for Ben Wood to score.

At half time the referee stayed out with his assistants to have a good look at the pitch but deemed it fit enough play on.

Anthony Bell completed his hat trick and the scoring for Shildon in the second half.

With 20 mins to go Bobby Moore was given a red card for a tackle on Adam Burnicle when he was through on goal. 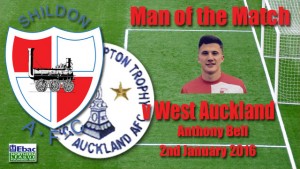