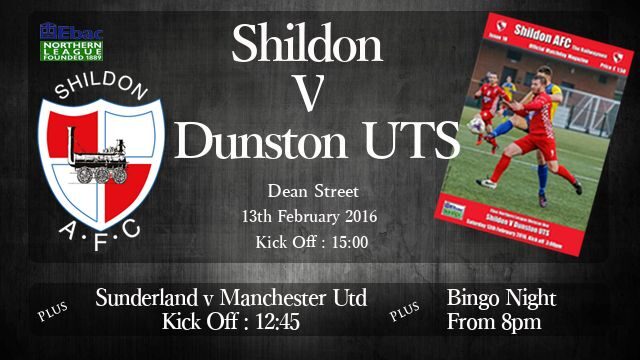 A Brief History from Dunston-uts-fc.co.uk

The club first saw the light of day in 1975 as a humble works outfit when former Chairman, John Thompson, with some of his colleagues at HMSO on the Team Valley Trading Estate, decided to form a football team. The club joined the Newcastle City Amateur League and early success inspired the club to progress and a piece of land was leased from Gateshead M.B.C. and the committee began to develop what is now the UTS Stadium.

The club were now gaining much success in the Northern Combination and with aspirations to progress further they approached the Federation Brewery to become the club’s main sponsor. With the Federation Brewery as their main sponsor the club joined the Wearside League in 1987 and after another period of success the club felt a need to seek new opportunities and an application was made to join the prestigious Northern League.

The club had now realised one of its main ambitions and entered the National Pyramid of Non League Football. In its second season in the Northern League the club won the Second Division and was promoted to the First Division. Since joining the Northern League the club has won the Second Division, been First Division Champions twice, League Cup winners on five occasions and JR Cleator Cup winners on five occasions. Included in these successes were back to back First Division title winners and League Cup winners in seasons 2003/2004 and 2004/2005. A magnificent achievement.

However the club’s greatest achievement came in the season 2011/2012, when the club won the coveted F.A. Carlsberg Vase. The Final was played at Wembley Stadium on Sunday 13th May 2012 against fellow Northern League side West Auckland Town. Dunston won by two goals to nil.  Winning the Vase was a magnificent achievement and a reward for people who had been in the club since its formation in 1975 and also for manager Billy Irwin who had been with the club for fifteen years as player, captain, assistant manager and manager. The experience at Wembley is something we shall never forget.

Season 2007/2008 had seen the club lose the word Brewery from its name as sadly it lost the main sponsor. After a period of 18 years of continuous sponsorship the Federation Brewery was taken over by Scottish and Newcastle Breweries who continued to sponsor the club for a further two seasons and after a period of twenty years the club had lost its main sponsor and had no association with a brewery. In our hour of need two new companies became involved with the club to partially compensate for the loss of our main sponsor. Dunston Van and Truck Centre became our home shirt sponsor and Astley Signs became our away shirt sponsor.

Both companies are still with us at the present time.

Sason 2008/2009 a company, UTS Engineering (Utility Technology Services), became involved by sponsoring the player’s travel and training kit and during the close season of 2009/2010 they kindly agreed to become the club’s principal sponsor.

The club name was changed from Dunston Federation F.C. to Dunston UTS F.C., the name of the ground was changed to the UTS Stadium and company owner, Mr. Shaun Sadler became Club President.

Over the years the club has always recognised that success on the field must be coupled with success and hard work off the field and the efforts of the people behind the scenes at the UTS Stadium has ensured that the stadium is a credit to the club. Many of the committee of the club have been involved since it was founded in 1975, some as former players and some as management on the playing side.

It is a tribute to their commitment and hard work that the club has become one of the most successful in the North East.