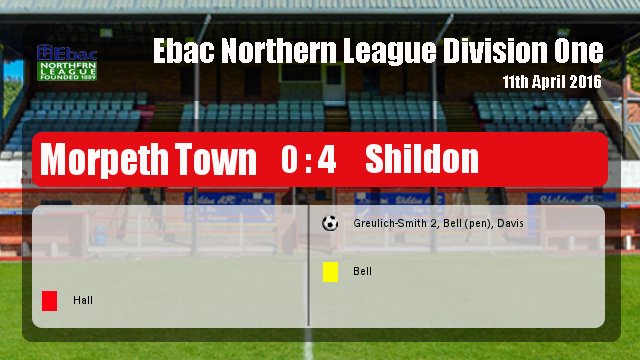 Shildon’s lead at the top of the Ebac Northern League is now 22 points after a 4-0 victory over rivals Morpeth Town.

Billy Greulich-Smith opened the scoring with a brilliant chip, then Anthony Bell scored from the spot after Billy was brought down in the penalty area. Morpeth’s centre half Michael Hall was then sent off for a second bookable offence on Billy.