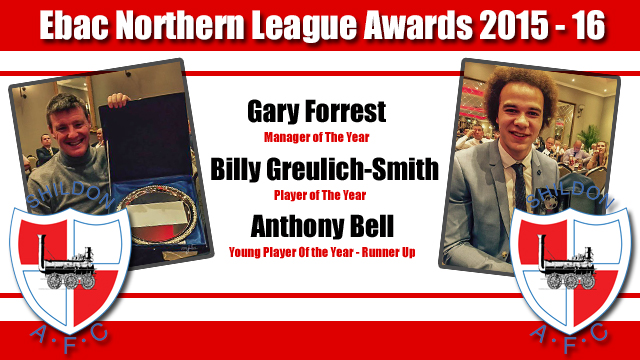 The awards ceremony signals the official end of a season in which Shildon won the Northern League championship for the first time in 76 years and completed the double by retaining the Northern League Cup in a penalty shootout against league runners up, Marske United. Shildon also won the Cleator Cup at the beginning of the season against the same opposition.