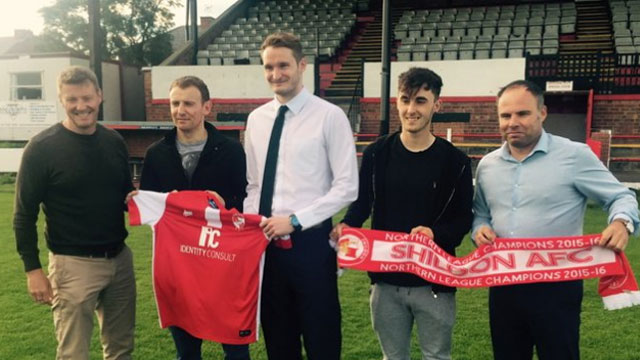 Shildon AFC have tonight confirmed the signings of the following players

Nick Liversedge (Goalkeeper) from Guisborough Town
Liversedge joined Darlington in November 2007, after progressing through Rotherham Uniteds Centre of Excellence. He spent the 2008-2009 season on loan to Whitby Town, making 30 appearances for the non-League club. He made his senior debut on 6 October 2009 against Leeds United in a Football League Trophey game.
He was released by the club following their relegation from League 2, along with 13 other players. Liversedge was announced as a Whitby Town player in 2010.
On 10 May 2013, over a year since his first trial for Burnley reserves, it was confirmed that Liversedge would join the Championship side on a free transfer.

Stephen Capper (Defender) from Spennymoor Town
Stephen was easily Spennymoor’s most decorated player after captaining the Republic of Ireland at the Olympics and the World Youth Championships where he competed against Christiano Ronaldo and Fernando Torres. Dublin born Capper spent five years at Sunderland before dropping into non-league with Scarborough and Durham City where he won two league championships and has since won numerous accolades at The Brewery Field.

David Vincent (Midfield) from Shildon AFC Under 18’s
Has signed after impressing in Shildon AFC under 18’s and also making an impressive debut against North Shields last season.

Welcome all to the club