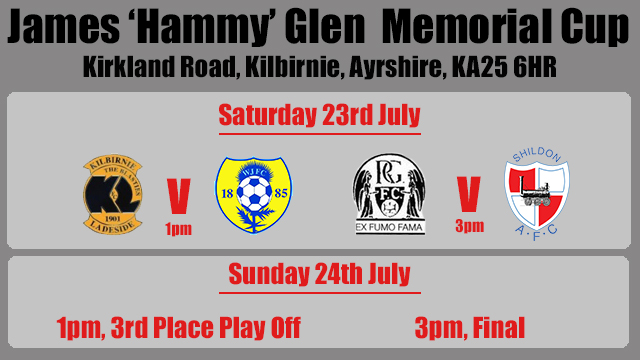 Can anyone that is travelling to the James ‘Hammy’ Glen Memorial Cup in Scotland please pay either Russ Henderson of Susan Clarkson before the Supporters Club AGM on Sunday 17th July.

The cost of the trip is £ 45 which includes Bed & Breakfast. Additionally the bus will cost £10 and this is payable on the bus on the 23rd.

The format will be semi-finals followed by a third place play off and then a final.

The Semi Finals are between