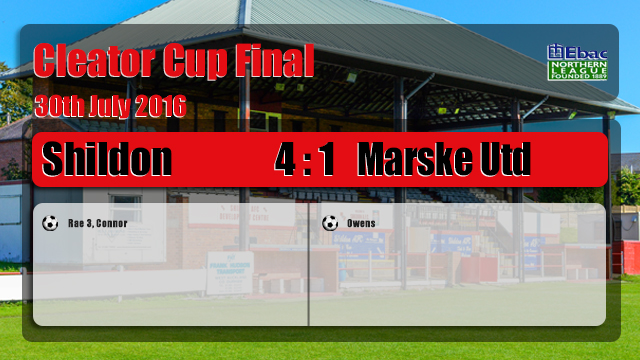 Shildon retained the Cleator Cup, the traditional opening game of the Northern League Season, with a 4-1 victory over Marske United.

Marske took the lead when Jamie Owens powered in a header, but in the last few minutes of the first half Micky Rae scored twice to take the railwaymen into the break 2-1 up.

In the second half both teams had chances but Paul Connor chipped Robert Dean the Marske goalkeeper before Micky Rae completed his hat trick.

Man of The Match : Michael Rae