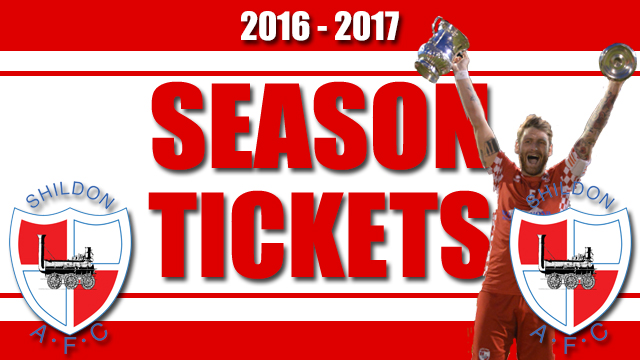 Season tickets, which are on sale now, will cost just £95 for adults and £55 for concessions and juniors – saving approx. 25% on the whole season.

Also available will be a 10 match season ticket, priced at £47 for Adults & £27 for concessions.

Full admission prices for league matches will be £6 and £4 with under 12s gaining free entry when accompanied by a paying adult.

Cup matches are not included in the season ticket and full admission prices for FA Cup and FA Vase games will be £7 adults and £5 concessions. Domestic cup matches will be priced at the same as league matches. The same offer also applies to under 12s.