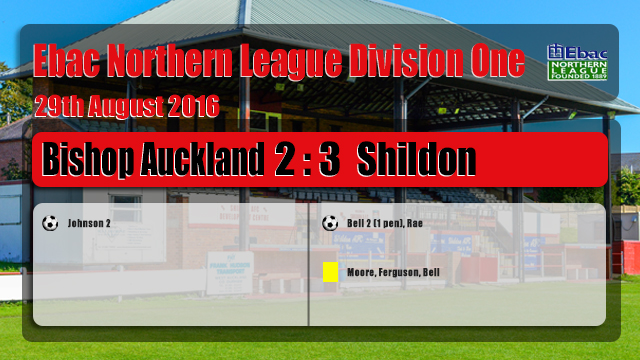 An Anthony Bell double and Micky Rae header kept Shildon at the top of the Ebac Northern League Division One.

Trailing at half time to a goal by former Shildon player Andrew Johnson, Shildon responded in the second half to take all three points.

First a penalty by Anthony Bell, followed by a shot from just outside the box gave Shildon a 2-1 before Johnson again scored to equalize. Micky Rae scored with a header with 3 minutes left on the clock.