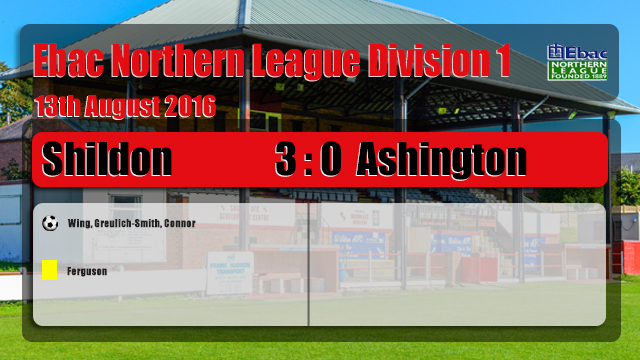 Shildon’s 100% record continued with a 3-0 victory against Ashington.

A 30 yard free-kick from Lewis Wing gave Shildon the lead and then a good team move saw Billy Greulich-Smith finish to make it 2-0 at half time.

In the second half Paul Connor grabbed the third with a header. It could of been 4 late on in the game put David Ferguson’s goal was disallowed.