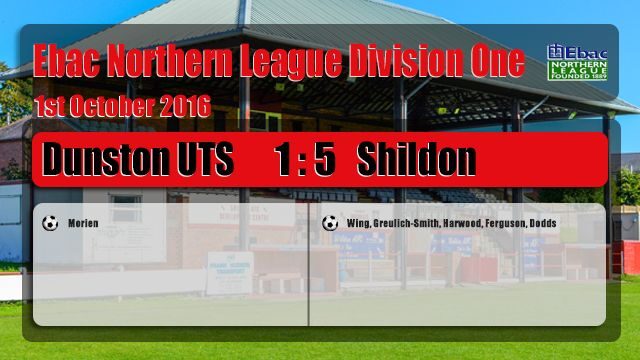 Danny Parker and Amar Purewal both made their debuts as second half substitutes in the 5-1 victory away to Dunston UTS.

Lewis Wing opened the scoring after a couple of minutes but Dunston hit straight back with a goal from Malky Morien.

Billy Greulich-Smith scored from close range, and then a Jamie Harwood header, both from Lewis Wing corners gave Shildon a 3-1 lead at the break.

In the second half a goal from David Ferguson and then Lewis Dodds lobbed the keeper from 22 yards to make the final score 5-1.