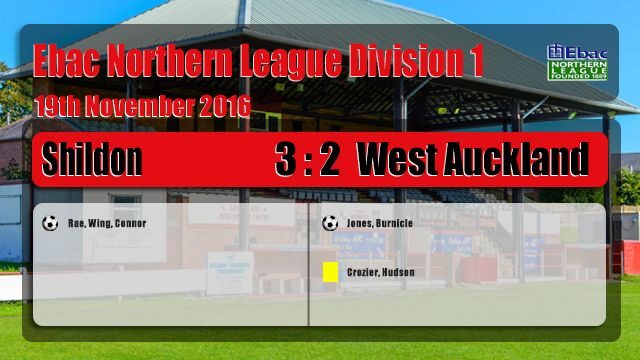 Shildon survived a second half fightback by West Auckland to eventually run out 3-2 winners.

Shildon finished the first half 3-0 up with goals from Micky Rae, Lewis Wing and Paul Connor. It could of been 4 but Lewis Wing had  a penalty saved and then put the rebound over.

In the second half goals from ex Shildon player Carl Jones and Adam Burnicle made for a nervous finish.