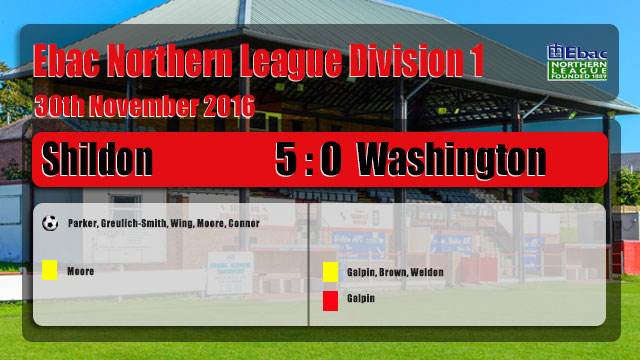 Shildon moved to within 4 points of 3rd place Morpeth with a 5-0 victory against Washington.

The game was all but over in the first half with goals from Danny Parker, Bobby Moore, Billy Greulich-Smith and a Lewis Wing free kick.

In the second half Paul Connor scored the fifth and missed a couple of other chances. At the other end Nick Liversedge made a couple of good saves.