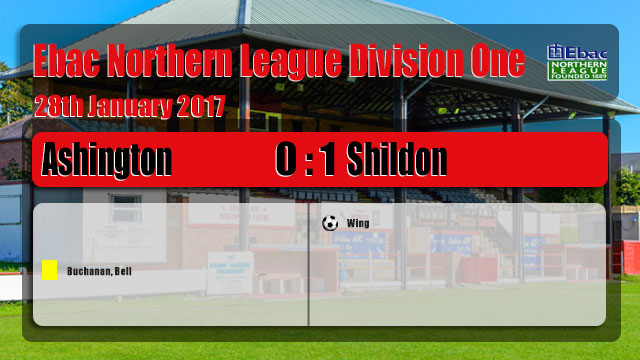 Shildon produced a good second half performance to beat Ashington 1-0 at Woodhorn Lane with new Assistant Manager Micky Barron on the sideline with Manager Daniel Moore playing at Centre Half.

Lewis Wing scored his 23rd goal of the season in the second half and could of added to it but hit the post from close range.