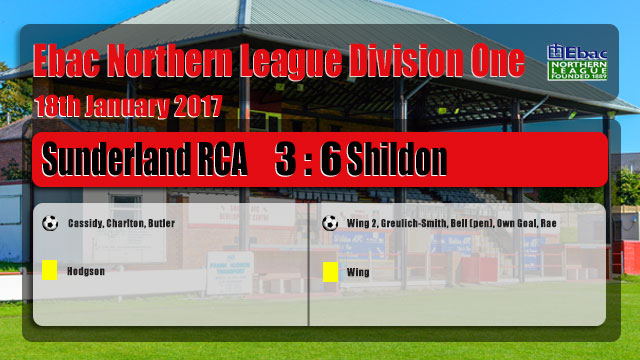 Bobby Moore’s first game in charge could not of started better with Lewis Wing scoring in the first 20 seconds. By half time it was a different story with Shildon going in 3-2 down, Billy Greulich-Smith scoring the second.

Whatever was said at half time seemed to make a difference with 4 goals being scored. First an own goal from a corner made the score 3-3 followed by Anthony Bell who converted a penalty. In the last couple of minutes Michael Rae and Lewis Wing scored his second to make the final score