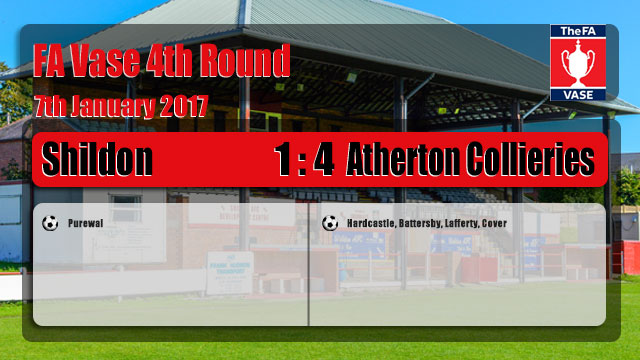 Shildon were knocked out of the FA Vase with a 4-1 defeat to Atherton Collieries.

Amar Purewal gave Shildon the lead after 55 minutes but 5 minutes later Atherton drew level through a Hardcastle Volley after a mix up in the Shildon defence. 3mins later Battersby glanced a header into the corner of the net to make it 2-1.

On 70mins another header from Lafferty and then on 87 minutes Cover made the final score 4-1.