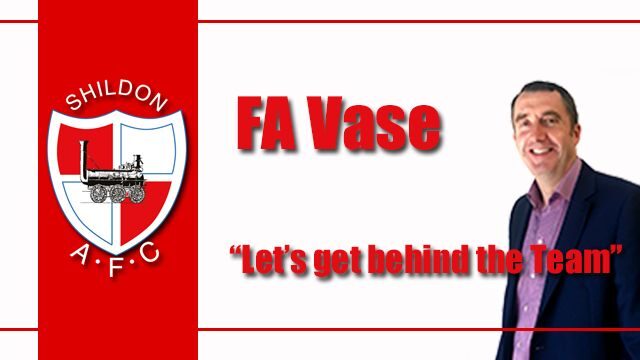 Shildon AFC Chairman calls on the Town for Support

Shildon AFC go into the last 32 of the FA Vase on Saturday when they entertain highly fancied Atherton Collieries from the North West Counties League.

Atherton are expected to bring a large following to the game and Shildon Chairman David Dent has asked for the support of the town for the big game ” The game against Atherton represents a really exciting tie. Whilst they will no doubt install us as favourites we are well aware of the quality within their squad and to go and beat Penrith away as comprehensively as they did in the last round is a good illustration of their abilities.

” We know that Atherton will bring a large following to the game and to help Shildon progress I know the Management Team and players would really appreciate the backing of a big Shildon crowd. We have a fantastic squad with some FA Vase winners in the team who will thrive in front of a big crowd. Let’s get behind the team, come to the game in red if you can and let’s make it a carnival atmosphere. If we win on Saturday we are only 3 rounds away from Wembley so let’s see if we can push the crowd north of 500. ”