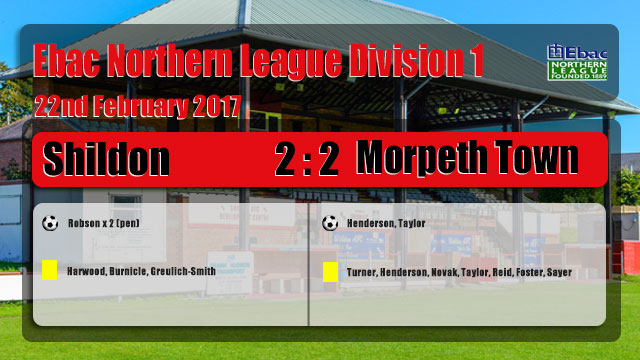 The spoils were shared as Shildon drew 2-2 with Morpeth Town.

Morpeth took the lead through Henderson in the first half, with Matty Robson equalising just minutes after.

In the second half a mix up in defence gave Taylor the chance to make it 2-1, but again Matty Robson equalised from the Penalty spot after Reid handled the ball in the box.