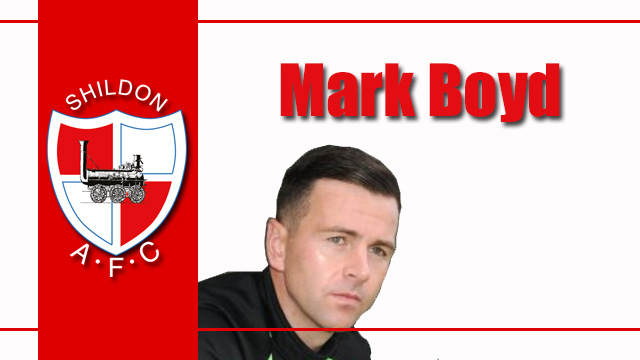 Daniel Moore has strengthened his management team for the 2017/18 Season by bringing in former professional footballer Mark Boyd.

Mark began his career in the Newcastle United youth team coming through the ranks before leaving on a free transfer to League One side Port Vale after being recommended to the “Valiants” manager Brian Horton by Bobby Robson.

However, he suffered a broken ankle with a couple of months of the season remaining. Boyd never really forced his way back into the reckoning the following season as Vale were challenging for the play-offs in League One and he was released by mutual consent in 2004 to join Carlisle United until the end of the season.

For the next two seasons Boyd could not forge a longer term deal with a club and ended up playing bit part roles for Carlisle United, Gretna, Macclesfield Town, and finally Accrington Stanley, before eventually signing for Conference side Southport before the 2006–07 season. His Southport career began disappointingly with a missed penalty in the team’s first game of the season. The next year he transferred to Sligo Rovers in the Republic of Ireland.

In January 2008 he was back in England with Barrow of the Conference North.In May 2008, Barrow beat Staylybridge Celtic 1–0 to gain promotion back into the Conference National via the Conference North play-offs. Boyd remained a key part of the Barrow squad during their first two seasons in the Conference National, culminating in the club’s 2–1 victory over Stevenage in the 2009–10 FA Trophy final. In the match itself Boyd replaced Paul Rutherford with just ten minutes of extra time remaining, Jason Walker having already scored Barrow’s winning goal three minutes earlier.

In February 2011 Boyd signed a short contract at Droylsden of the Conference North, following a one-month loan spell. In the June that year he became Workington’s first summer signing, penning a one-year deal. The “Reds” finished 13th and 14th in the Conference North in 2011–12 and 2012–13. He quit Workington in June 2013 to join Northern League side Celtic Nation. He helped Celtic Nation to a second-place finish in the Northern League in 2013–14. After taking a career break, he joined Penrith of the Northern League Division One in March 2016, and moved on to Northern Alliance Premier Division side Carlisle City later in the year.