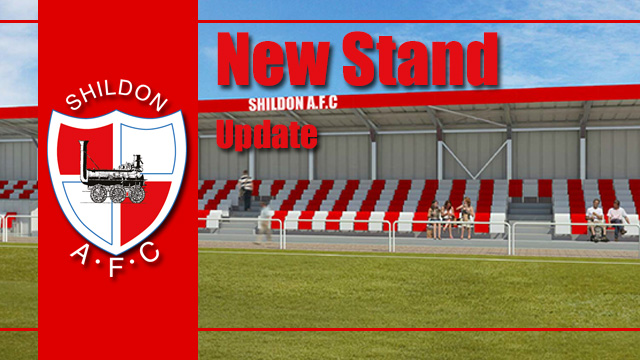 The Premier League through the Football Stadia Improvement Fund ( FSIF), the largest funder of non-league football in this country, recently announced a grant of £57,027 to Shildon AFC

The grant will enable the Club to build a new 200 seated stand, providing much needed accommodation to enhance spectator experience.

The project will see the building of a purpose built stand to replace the upper seated section of the existing stand. The project which is being undertaken by Vest Construction and Stadium  Solutions is due to commence on September 17 with completion due before Christmas.

Funded with £5.2m each year from the Premier League, the FSIF is the country’s largest provider of grants towards projects that help improve the comfort and safety of lower league football grounds in both the professional and amateur game. These improvements range from new football stands and turnstiles to floodlighting and improved provision for disabled supporters.

David Dent, Chairman of Shildon AFC said ” thanks to the support of the Premier League through the FSIF, we can now offer our supporters and the wider community a much improved experience when they come to the game. Shildon AFC prides itself on being a true community focused football club and the improved facilities will not only benefit supporters watching our first team but also all of those who attend Academy games and our Development Centre days. This is an important milestone for the Club and hopefully will be the catalyst for further improvements to the ground as we seek to go as far as we can up the pyramid ”