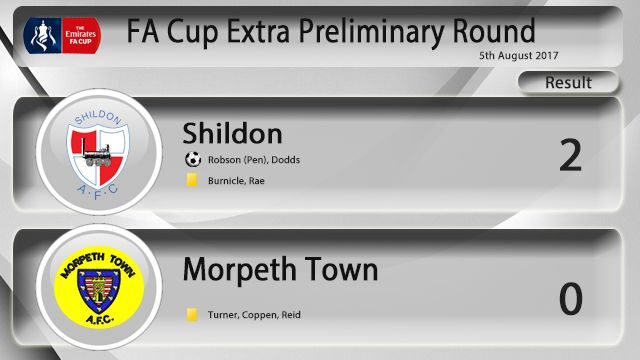 Shildon are through to the next round of the FA Cup with a 2-0 victory at home to Morpeth Town.

Matty Robson gave Shildon the lead 10mins into the first half from the penalty spot after Jamie Harwood was brought down in the box.

In the second half, Lewis Dodds doubled the lead after charging down a clearance from the Morpeth Keeper. At the other end, Nick Liversedge produce a couple of fine saves to preserve his clean sheet.

Man Of The Match: Matty Robson