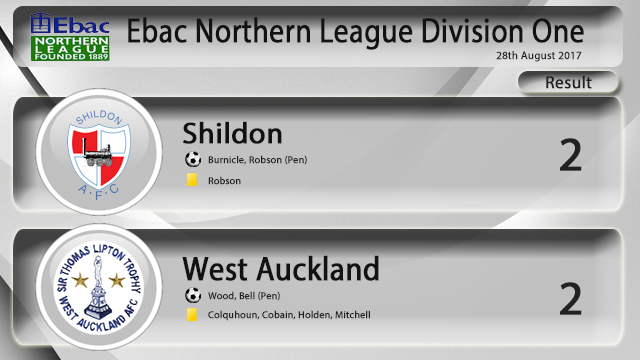 Honours were even in the Local Derby against West Auckland.

Former Shildon striker Ben Wood gave the visitors the lead after 10 mins when he slotted the ball past Liversedge in the Shildon Goal. With seconds remaining in the first half and put the ball under West Auckland Keeper Adam McHugh.