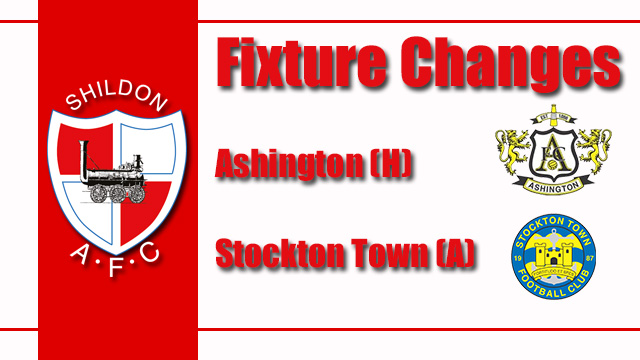 Due to our involvement in the FA Cup, our game against Ashington which was due to be played on Saturday, August 19th will now be played on Wednesday 27th September, Kick Off: 7:30 pm.

We will now play Guisborough Town away in the FA Cup preliminary round on Saturday 19th August.