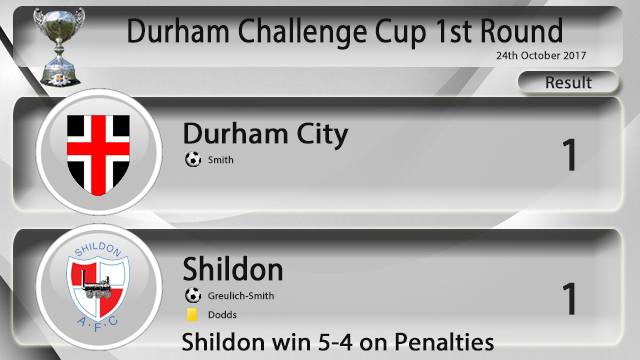 Shildon progress into the next round after a hard-fought game against Durham City.

Durham City took the lead through Callum Smith after Sam Hodgson playing centre-half was caught in position. Billy Greulich-Smith eventually made Shildon’s pressure pay when he headed in with 9 minutes to go. After that, both teams had chances to win the game.

In the penalty shoot-out, Robson, Ellison, Hodgson, Burnicle and Greulich-Smith all scored before Nick Liversedge saved to send Shildon through. Credit to Durham City who never stopped running all night.