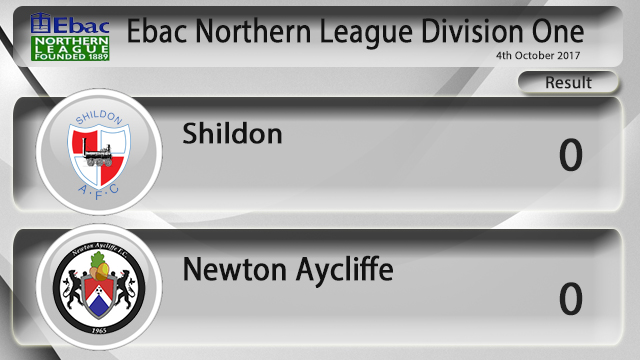 Honours were even at Dean Street as Newton Aycliffe held Shildon to a goalless draw.

Both teams had chances to win the game. In the first half, Newton Aycliffe hit the bar and nearly won the game late on but Nick Liversedge produced a fine save. At the other end, Daniel Moore hit the post and Adam Burnicle went close to breaking the deadlock.

Shildon’s next game is at home on Saturday against Marske United who are currently 4th in the table.