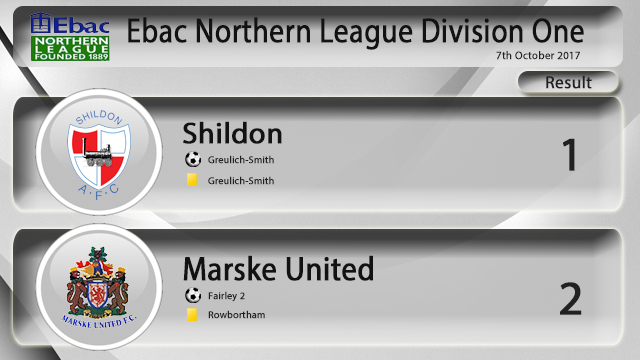 Shildon’s unbeaten start to the season came to an end as Marske scored twice in the last ten minutes.

Billy Greulich-Smith opened the scoring 5 minutes into the second half after a good run down the wing from Adam Burnicle.

James Failey’s first was scored straight from a corner and the second was a quickly taken direct free kick which floated over Nick Liversedge into the net.