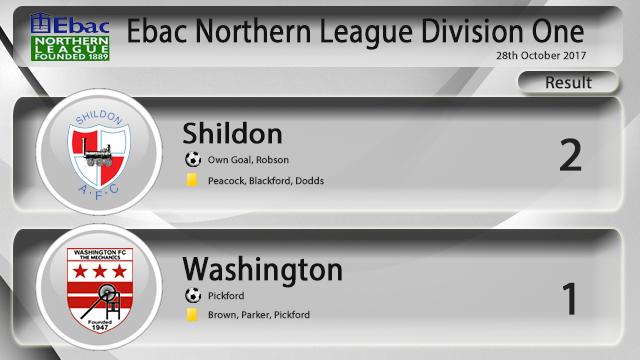 Shildon remain in 4th position in the Ebac Northern League Division One after a 2-1 victory over Washington.

Shildon broke the deadlock in the last minute of the first half when a Jack Blackford Cross was turned into his own net by a Washington defender.

Matty Robson added a second in the second half from a free kick. In time added on at the end of the game Washington scored a penalty to make the final score.