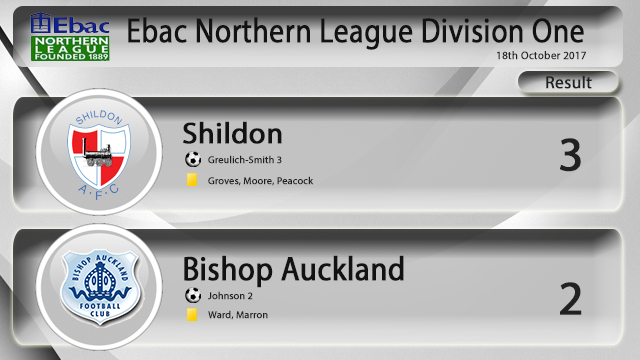 Billy Greulich-Smith scored a hat-trick to get Shildon back to winning ways with a 3-2 victory over local rivals Bishop Auckland.

Midway through the first half Billy Greulich-Smith scored the only goal of the half when he headed in a Jamie Harwood cross.

3 minutes into the second half Andrew Johnson scored to bring the scores level and then scored again in the 69th minute to give Bishop the lead. In the 78th minute, Billy scored his second to level and then a couple of minutes later completed his hat-trick and the scoring to make the final score 3-2.